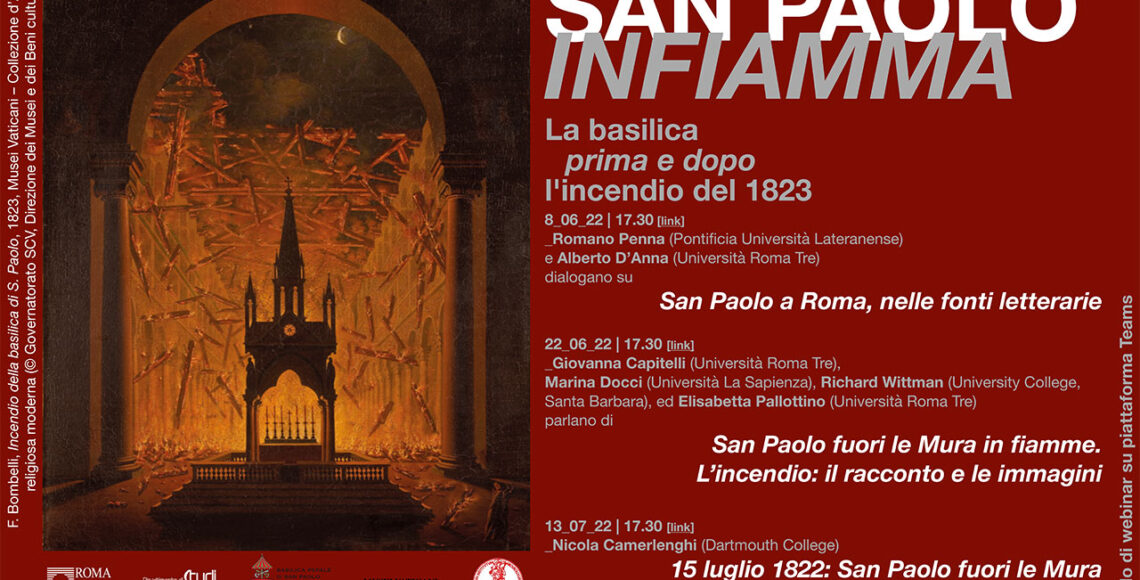 On 15 July 1823 a raging fire devastated San Paolo fuori le Mura. Almost 200 years have passed since that day, which was widely echoed in the chronicles of the time. As the anniversary approaches, a cycle of webinars has been organized for a wide audience, which can tell the historical, artistic and architectural events of the Basilica, before and after the fire, starting from its origins. Specialists from many disciplines, from Italian and foreign universities, museums and research institutes collaborate. The initiative was promoted by the Roma Tre University, which has a strong territorial and cultural link with these places. 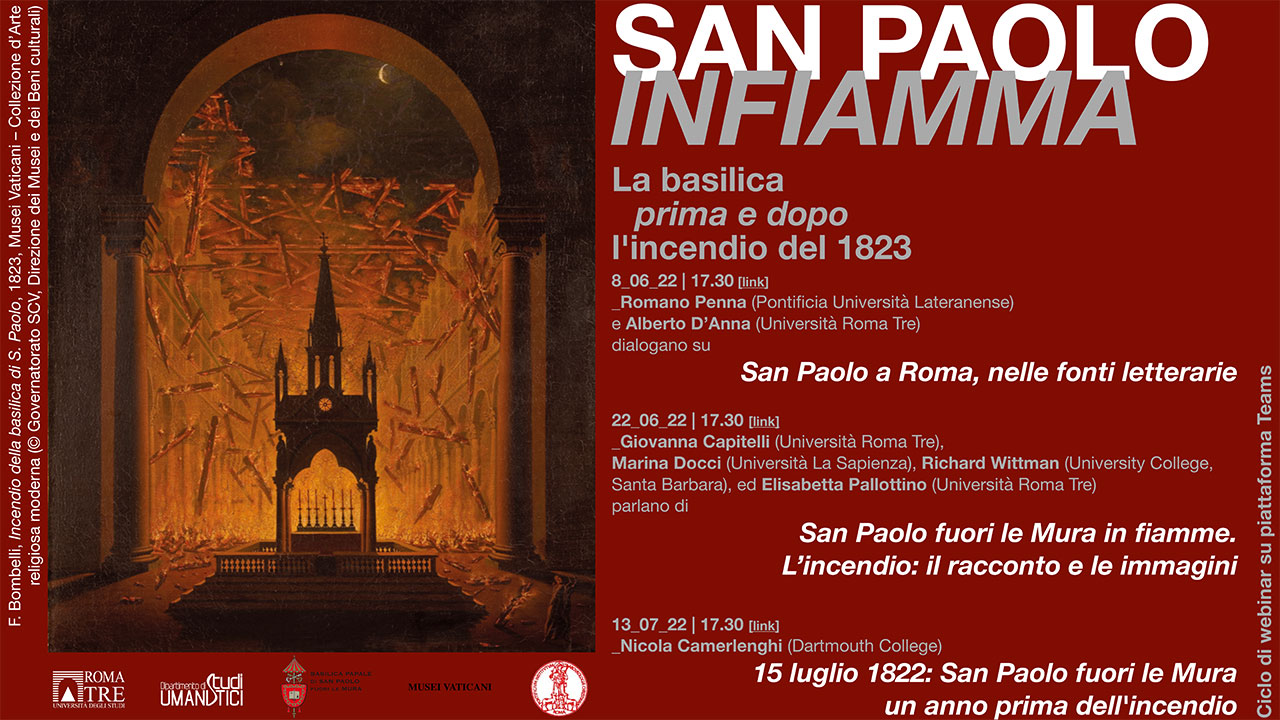 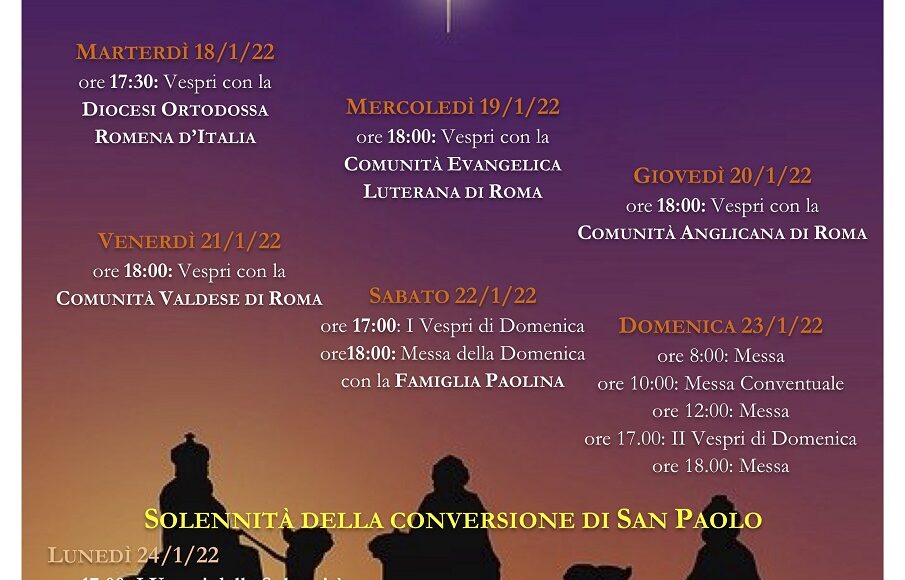 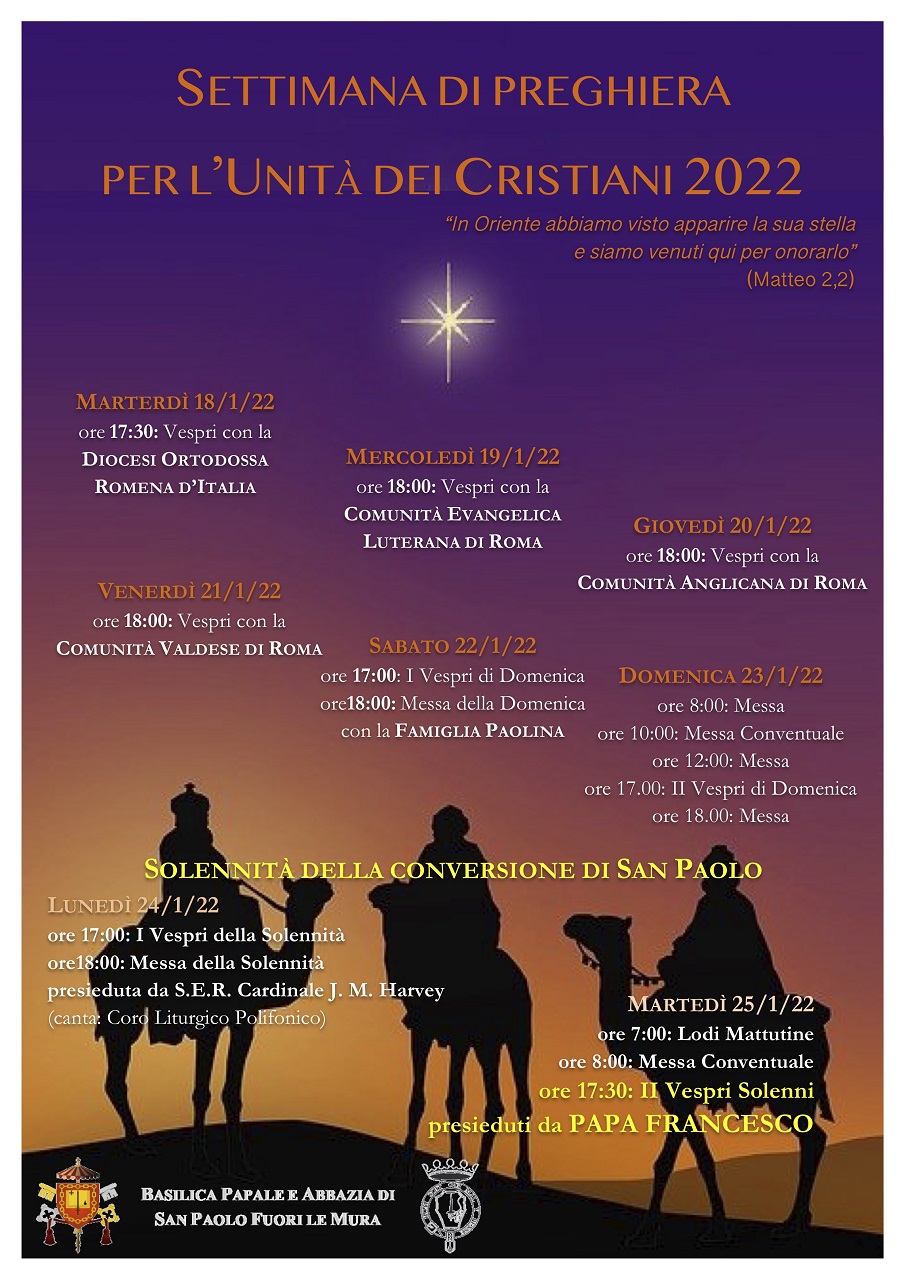 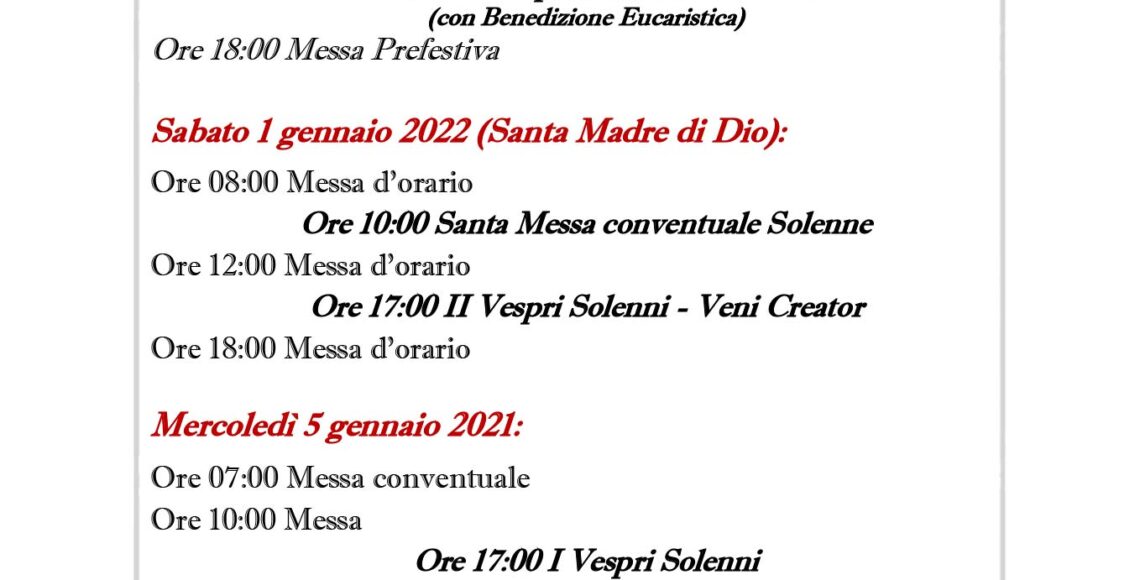 Timetable of Celebrations for New Year’s Eve and Epiphany 2022 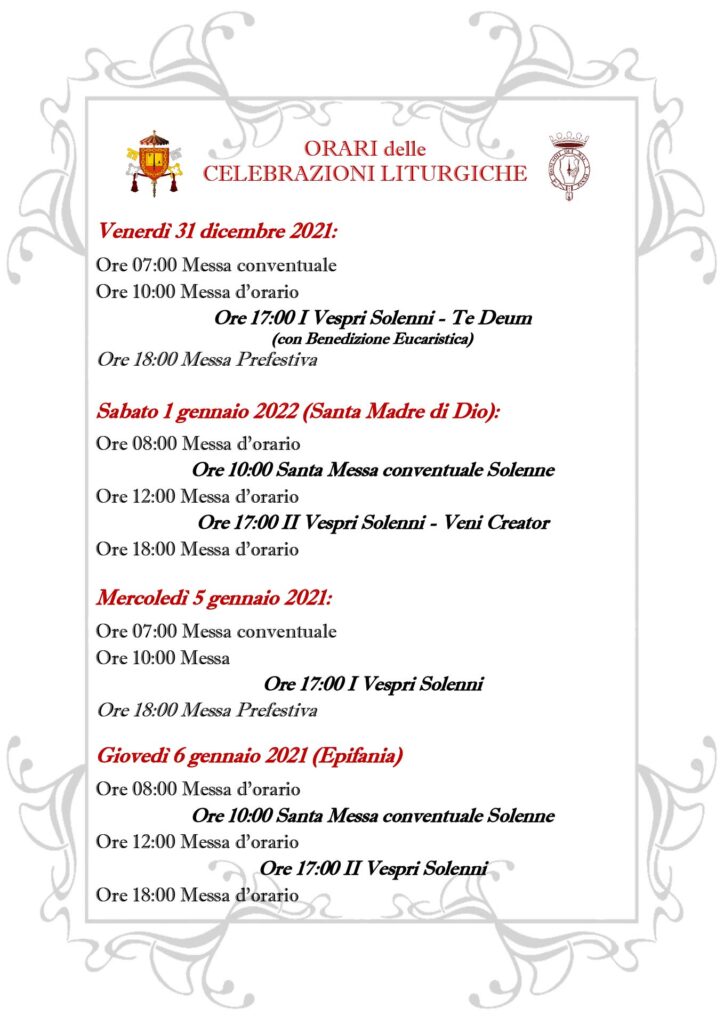 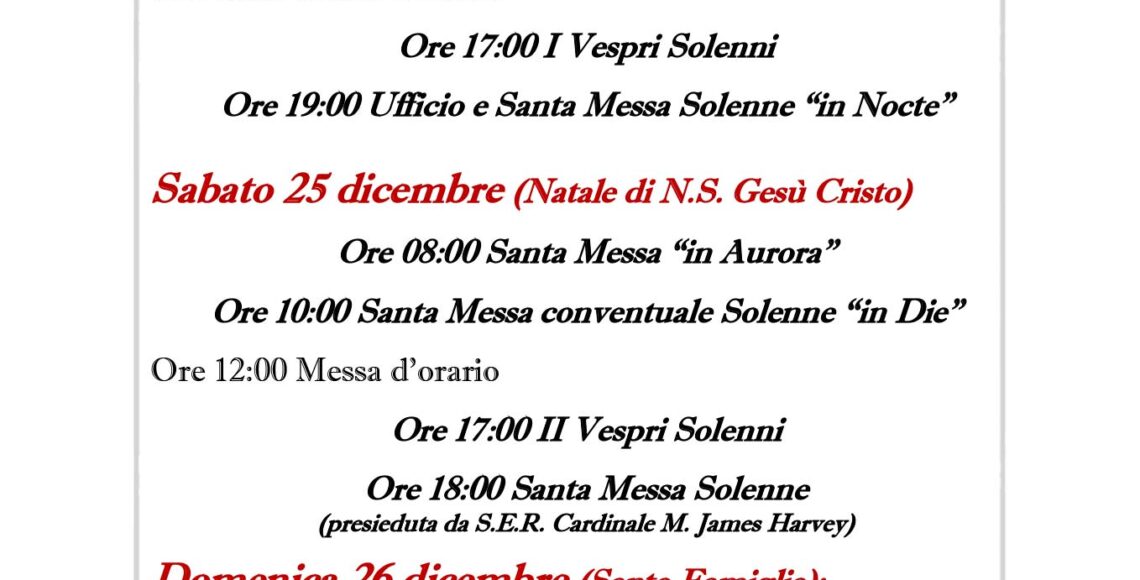 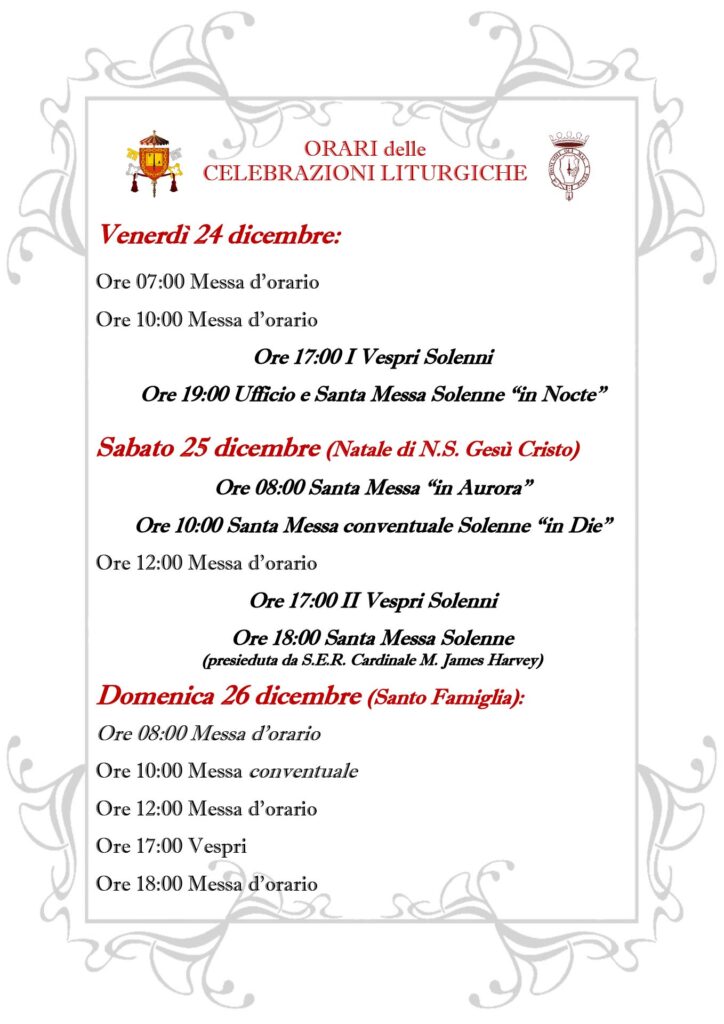 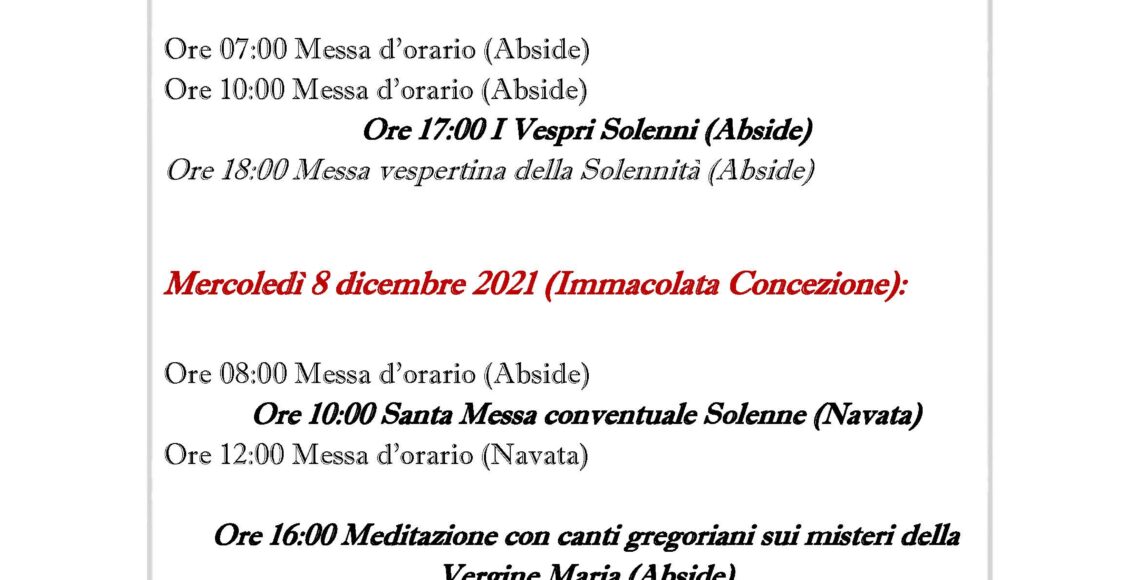 TIMETABLE OF LITURGICAL CELEBRATIONS
for the Solemnity of the Immaculate Conception 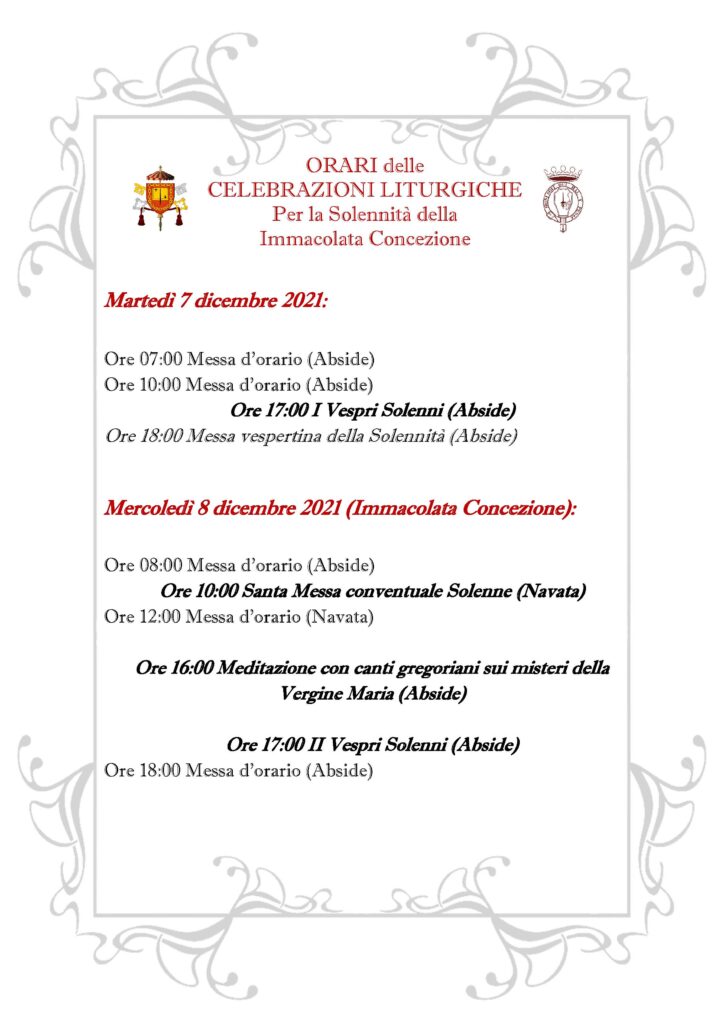 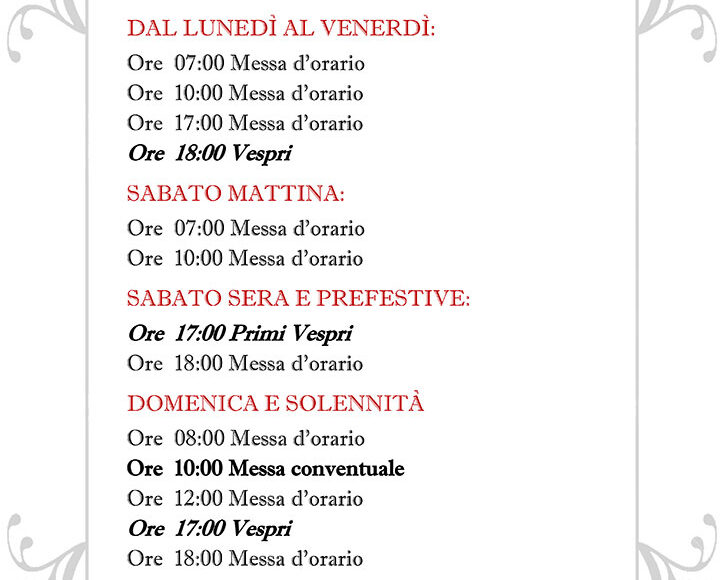 Timetable of Celebrations and Confessions from 11 July 2021 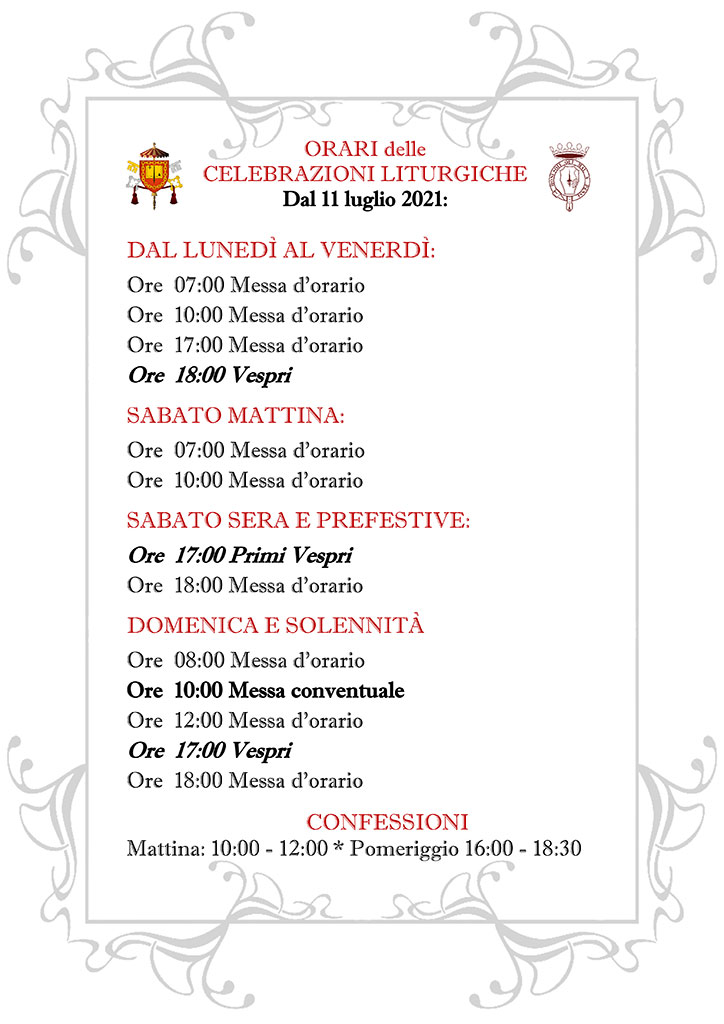 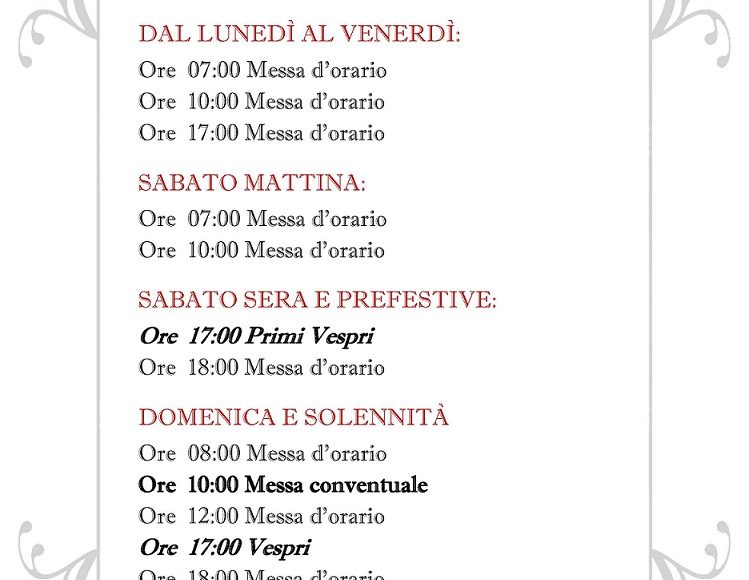 Timetable of liturgical celebrations and confessions in the Papal Basilica of St. Paul Outside the Walls from April 19, 2021. 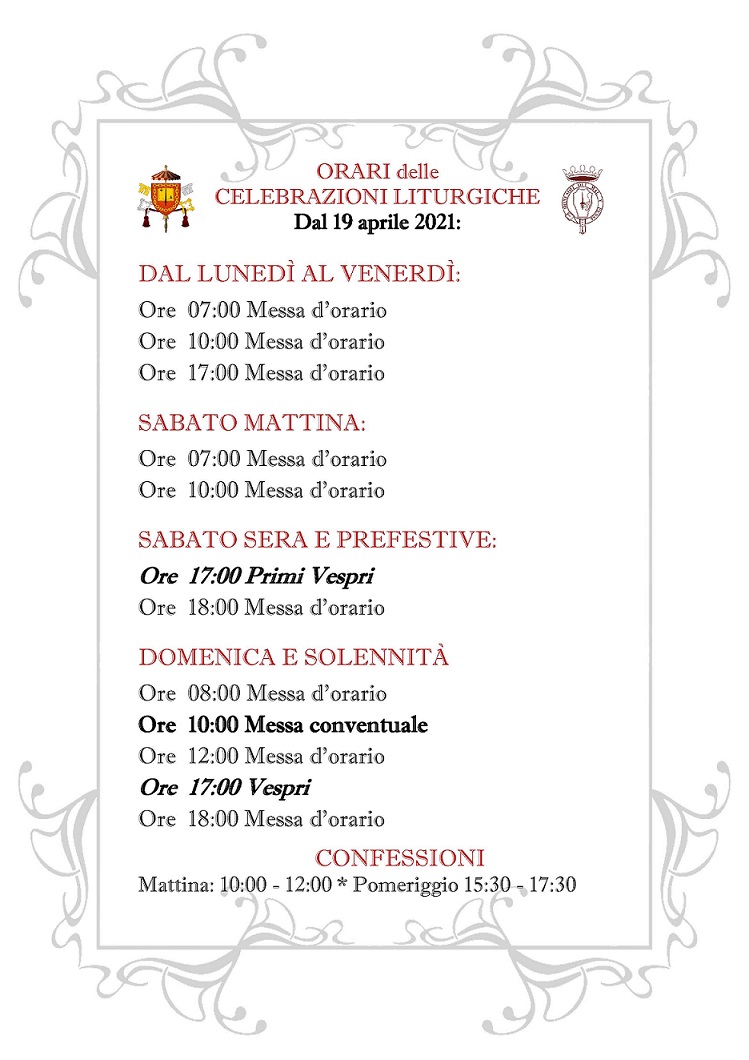 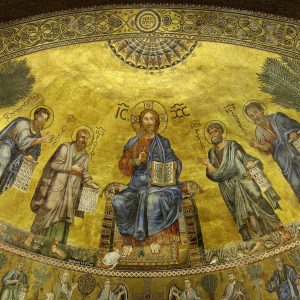